British scientists have discovered that the combination of silicon and perovskite will have miraculous effects: the conversion efficiency will increase by several percentage points.

In the short term, the dominant position of silicon in solar energy materials will not be replaced. However, it is undeniable that this emerging material, perovskite, is gaining more and more attention. It can quickly improve efficiency and low cost, its distinct structure gives unique electrical properties, and thus become the new darling of the solar field.

Now, the team led by Henry Snaith, a physicist at Oxford University and also a perovskite, has proved one thing: The combination of traditional silicon cells and emerging perovskite cells can increase solar conversion efficiency by a few percentage points. 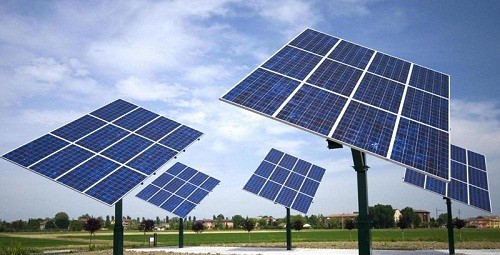 They believe that the "silicon-perovskite" tandem device has increased the efficiency to more than 25%, while the existing commercial equipment using silicon is only 17-20%. Although the measurement results were performed in a laboratory environment, the researchers believe that this method of preparation will eventually be used, and its efficiency will be higher than the best silicon on the market.

The high performance solar cell tandem device made of silicon has reached 40% efficiency in the laboratory. However, this equipment is very expensive due to the extremely complicated preparation process. 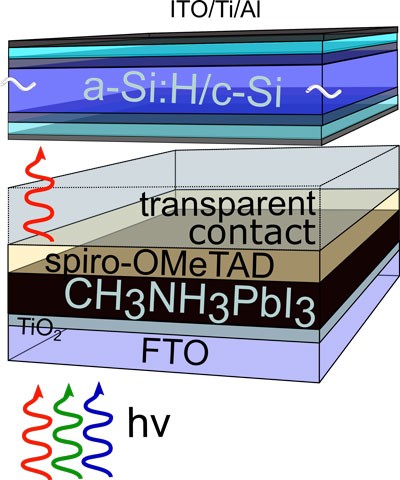 Snaith's silicon-perovskite solar cells are relatively simple and inexpensive to manufacture, and they can use existing silicon solar cell production lines with only a few more processes. A large number of experts believe that the commercial use of perovskite solar cells must be combined with silicon cells in the short term.

Snaith and his colleagues proposed a scheme to replace certain ions in the material with helium ions to achieve the desired photovoltaic effect while maintaining the structural stability of the material.

The research team only conducted experiments on a small scale. There is still a lot of work to be done to truly marketize.

The team's co-investor is Oxford Photovoltaic. Its chief technology officer, Chris Case, believes that the results of this research show how researchers quickly overcome the inherent barriers to making stable, high-performance solar cells. Case declined to disclose specific details of the technology, but revealed that Oxford PV has confirmed that the efficiency of full-size batteries is already close to 23%, and can further exceed 25%. Case admits that it is not realistic to reach 28% or even 30% in recent years.

Perovskite technology still has a big problem: the stability of materials in the humidity and air is poor. And whether perovskite batteries have long enough life in the energy system is also a problem. However, Case revealed that Oxford PV is advancing toward the release of commercial products, and the product positioning is for those silicon manufacturers who want to increase their efficiency in 2017.